A new article investigating novel research about the state of insects in the Netherlands was published by journalist Ronald Veldhuizen in the third largest Dutch newspaper de Volkskrant. The article focuses on the work of SHOWCASE’s early career researchers Reinier de Vries and Michele Torresani, of the Dutch and Italian teams respectively, who are studying and counting bees and hoverflies in relation to the farming intensity of grasslands. At the same time they are trying to develop cost-effective survey methods by testing whether they can use drone images to predict flower cover and pollinator abundance.

Recent reports of insects declining at an alarming speed have raised concerns about the future health of ecosystems. Insect surveys happen disproportionately in nature reserves because most of the counting is being done by citizen scientists. So we do not really have a clear estimate of what insect species there are in agricultural or urban areas. This has to be changed as insects are a vital part of nature’s ecosystems – they pollinate flowers and crops, eat plant pests, are food for birds and recycle nutrients.

Researchers agree that the reasons for this detrimental change can be mostly attributed to climate change and agricultural intensification. Nitrogen emissions from agricultural lands furthermore reach nature reserves and influence the types of plants that grow and in this way, impact insect populations.

Precise estimates of the number of insects in a specific area are hard to come by. Prolonged counting is an arduous task and is very often relegated to volunteers. This is why de Vries and his team from Wageningen University are testing whether pictures taken by remote-controlled drones can be used to estimate how much surface the flowers occupy on the field and thus the number of flower-visiting insects that live there, such as hoverflies and bees. De Vries and his team manually count the flowers with a click device and catch the insects. The complicated analyses of estimating flower cover from the aerial pictures are subsequently being done by the remote-sensing experts of the Italian team from the University of Bologna.. The ultimate objective is to test if this approach can be faster than traditional counting methods. 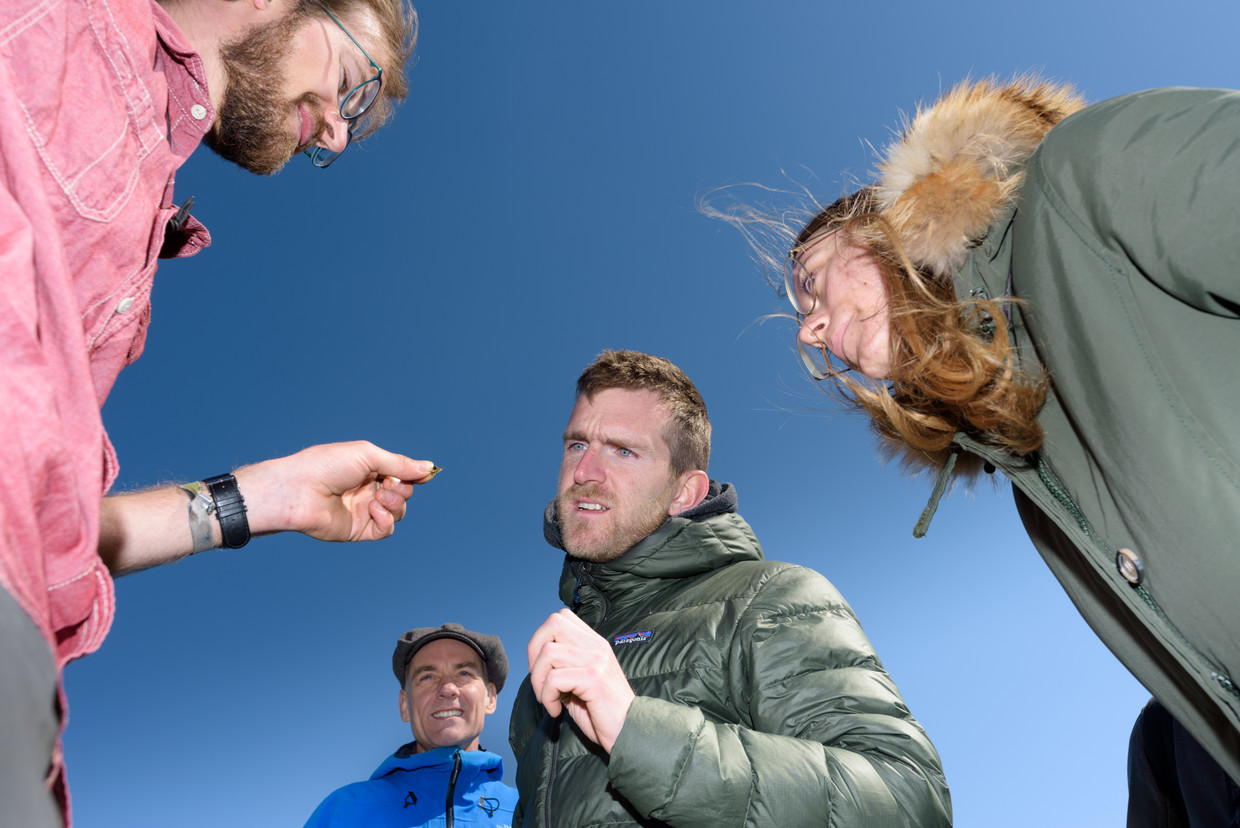 The decrease in insect numbers is a point of concern both in the Netherlands and more generally, in Europe. At the same time, biologist Roel van Klink of the German biodiversity institute iDiv in Leipzig, warns that the situation is more complex than it may seem. Van Klink suggests that in new and relatively unmanaged nature areas changes occur constantly, which has unpredictable effects on insect populations. There is a constant increase or decrease caused by changes in vegetation, for example, that influence one species positively and another one negatively. Van Klink finds that insect declines are not equally alarming everywhere.

As outlined above, insect decline is generally linked to effects of climate change and agricultural practices such as the use of pesticides. Nevertheless, many wild bee species, for example, already suffered severe declines around the 1950s – before the massive spraying with agricultural poisons began or the effects of climate change became noticeable. Many contend that land-use changes may be at fault. Many plants in roadside verges, in many agricultural landscapes the one remaining habitat with flowers, are all being cut at the same time, which is an issue for wild bee populations, which suddenly have been deprived from their source of food.

The bright side of this issue is that policy shifts do bring about change to ecosystems. For example, in the Netherlands, new policies for clean water have immensely improved the state of dragonfly larvae among other species. The effects of nature policy are undeniable and more research, like that of Reinier de Vries’ drones for monitoring insect species, can greatly contribute to better managed ecosystems.

Photo: The types of insects analysed by SHOWCASE researchers in the Netherlands with their latin name and geographical location. Information via de Volkskrant