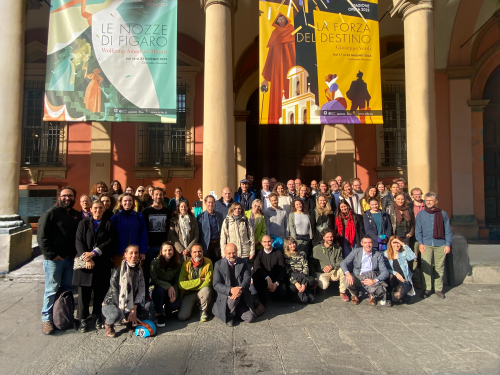 SHOWCASE goes to Bologna for its second annual meeting

A year after their first in-person meeting in Vienna, SHOWCASE partners were excited to meet up again – this time in sunny Italy! Project members were hosted by partners from the University of Bologna, whose origins go way back – in fact, the university is considered to be the oldest one in the Western world. In this exciting setting, between 7 and 9 November 2022, over 50 project partners, advisory board members and experimental biodiversity areas (EBAs) spokespeople discussed the work done in the past year, as well as their plans for the next one. For the partners who couldn’t attend the meeting in person, the organisers had set up a convenient hybrid environment, which enabled interactions between online and on-site participants.

The meeting started with a welcome from project coordinator Prof. David Kleijn (Wageningen University) who expressed his joy of meeting SHOWCASE members in-person again. He also let partners catch a glimpse of the “ambiguous perks of being a project coordinator”, such as experiencing hands-on fieldwork days in the different SHOWCASE EBAs. 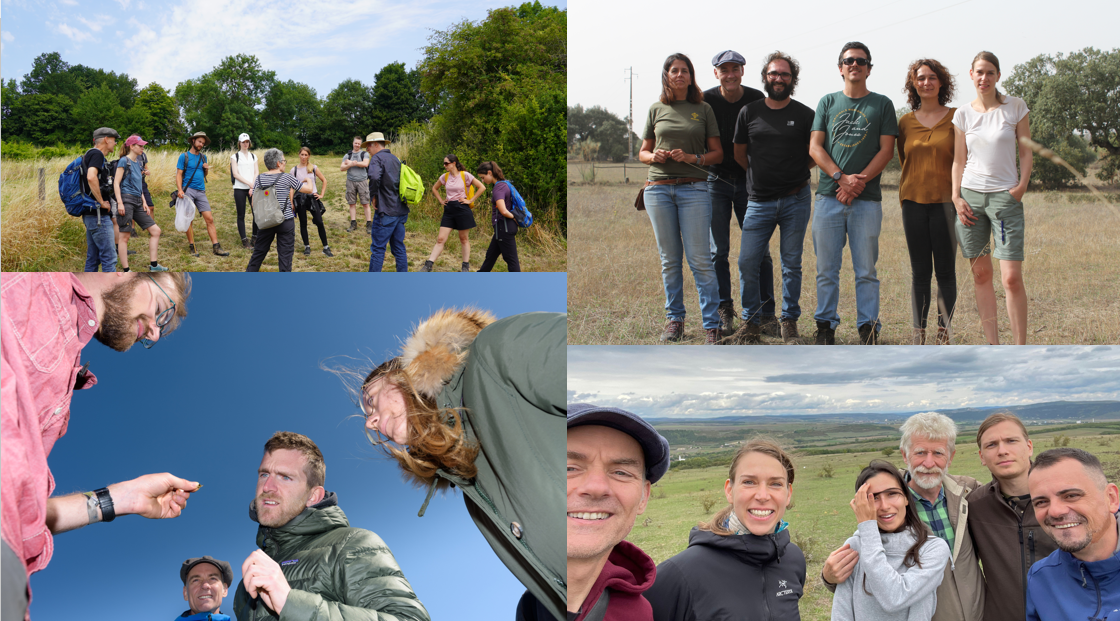 Visits to the Dutch (top left), Portuguese (top right) and Romanian (bottom right) EBAs and a fieldwork day with partners from University of Bologna and Wageningen University (bottom left).

David also delivered some exciting news about several project members reaching important milestones in their careers, such as becoming an Assistant Professor. On that note, we would love to take this opportunity to congratulate them again!

2⃣SHOWCASE Postdocs made it to the next step in their careers👏
M.Torresani👉Assistant Professor at UNIBZ
H.Segre👉with her lab at the Volcani Center, Israel

SHOWCASE is lucky to continue having them as part of the team🙌 pic.twitter.com/iQMF2OwZ40

The rest of the day was dedicated to plenary sessions on the progress of SHOWCASE’s four work packages. Work package 1 presented their work on testing the reliability of biodiversity indicators derived from landscape metrics, as well as defining operational biodiversity targets from the field to farm to the regional level. It also delivered an inspiring presentation during which we looked back on the highs and lows from the SHOWCASE EBAs illustrated by some pretty telling photographs. 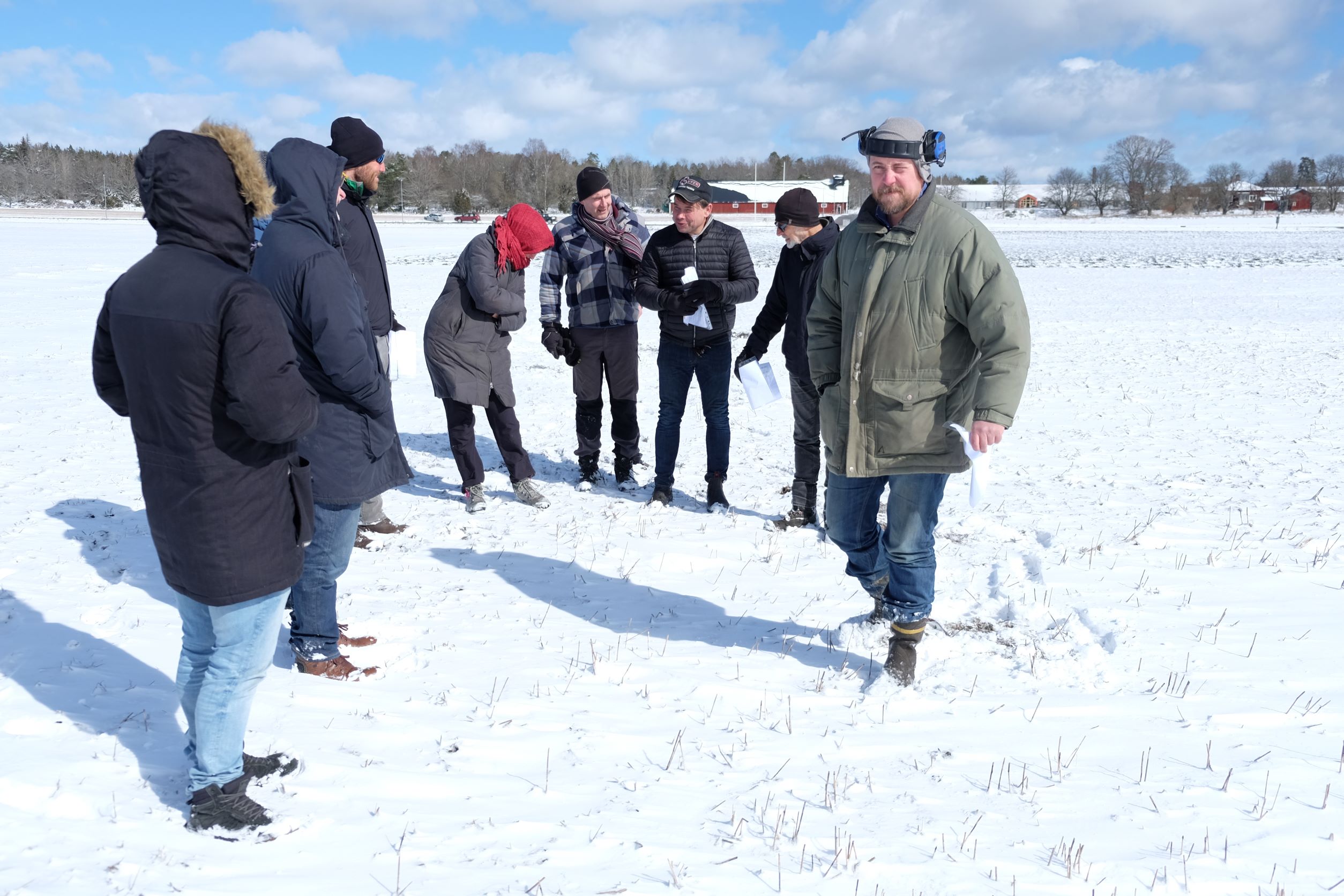 The day continued with WP2 who presented their progress on the identification of incentives promoting biodiversity and ecosystem services in agricultural landscapes. Following that presentation, WP3 delivered several online and on-site presentations on their work on increasing the evidence base for synergies between agriculture and biodiversity. WP4 then presented their achievements in communicating the benefits of agrobiodiversity through multi-stakeholder knowledge exchange. The day ended with a discussion on Publication and data policies and how to safeguard the project’s open access values and goals.

The second day of the meeting had a lot in store for partners, starting with a deep-dive into the efforts to identify, implement and improve innovations integrating biodiversity in farming in the SHOWCASE EBAs, followed by break-out sessions on biodiversity targets & management and citizen science. And to ensure that all project tasks move forward in alignment with the project’s bigger picture, the day ended with key strategic discussions among a gender-balanced project coordination committee on SHOWCASE’s broad perspective and plans for the future.

The last day of the annual meeting was again dedicated to several break-out sessions among smaller groups who discussed communication strategies, conflict resolution between large carnivores and livestock farmers and farmer surveys status.

"When we met in 2020, we had a lot of ideas and aspirations for how we would integrate biodiversity into farming. In our 2021 meeting in Vienna, these plans had already taken shape and our first results were on the horizon. After this year's meeting, I feel even more strongly that SHOWCASE is on the right path, with a significant amount of work behind its back and a solid plan for its future!"

The #showcaseAGM2022 has come to an end❕Project coordinator David Kleijn ended the meeting with an inspiring recap of the project’s evolution and a call to keep up the good work👏🏽 pic.twitter.com/2G9KoxxFQh